Learning to Draw Portraits. I Gave Myself a Facelift Because I Could. 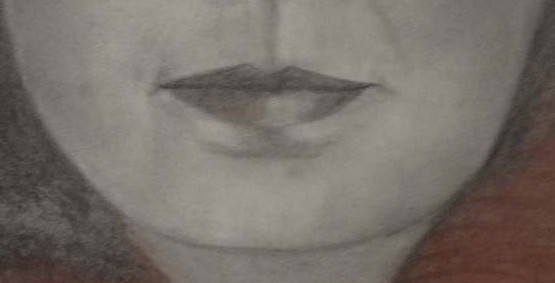 My final drawing assignment was a giant self-portrait. 18 x 24-inch. Really, really big. I can’t believe my first semester of art school is already over. Like everything wonderful in life, it sped by like a snap of the fingers.

In our last class we sat around and ate delicious Pad Thai as we discussed our own and each others’ work. We also had GráKake, a snack that was invented by our professor Michael Shaughnessy. Grá is Irish for love and Kake is Norwegian for cake. “They’re a hearty, healthy, savory item — no wheat, no sweet and no meat,” he says. “I invented them out of the long journey around the country with the *big ball of hay on my car, needing something that was highly portable that I could eat that was healthy, and these seemed to fit the bill.” I feel especially nostalgic about this class ending. I think it’s because from day one we had to draw each other and so, I got to know many of the other students fairly well. At first it was contour drawings. You try to draw without looking at the paper. Later we took turns sitting for portraits. I was pretty apprehensive at first, but decided to just relax and not care about having my face scrutinized so carefully. Besides, I would quickly drop into a zone where there are no eyes and noses or even wrinkles and sagging jawline. There are only interesting shapes and shadows, curves and turns. I like drawing a lot. I had intended to major in painting, but have decided to concentrate on both drawing and painting. During break, which goes until mid-January, I plan to practice drawing following the schedule in Kimon Nicolaides‘ book The Natural Way to Draw. I’ll share my progress in the blog and I’ll also be writing a profile or two on local artists, starting with Michael Shaughnessy. When he’s not teaching, he’s an installation artist who mostly works with hay. His pieces are amazing. I think we’re going to ride around Portland with that *big ball of hay he mentioned earlier in the post. We’ll see what happens. Now for the unveiling of my self-portrait. I worked long and hard on it and I’m anxious to know what you think. As the title suggests, I took a few liberties — because I could!  But let me just say, this new adventure, even with the stress of juggling work, school and life, is even more rejuvenating than a tightened up neck and jawline! I recommend it highly. I hope you all have a wonderful holiday!

13 thoughts on “Learning to Draw Portraits. I Gave Myself a Facelift Because I Could.”